Throughout 2020 and up to the present day, the world has been experiencing the most cataclysmic peacetime event in over a century. Rexel has met the challenge of this full-scale “stress test” with agility and resilience, thus demonstrating the strength of its business model.

Agility and mobilization in the face of the health crisis

The Covid-19 pandemic had barely been declared a health emergency when Rexel took rapid measures to maintain operational continuity while making the health and safety of its employees and customers the top priority. Faced with this unprecedented disruption affecting supply as much as demand, the entire Group mobilized to meet the challenge head-on, whether on-site or at home, in order to continue to serve customers. This swift reaction was made possible by a strategy based not only on the Group’s digital transformation, which had been underway for several years, but also on an efficient service-oriented approach, as well as a momentum of growth, value creation and ESG (environmental, social, governance) goals. 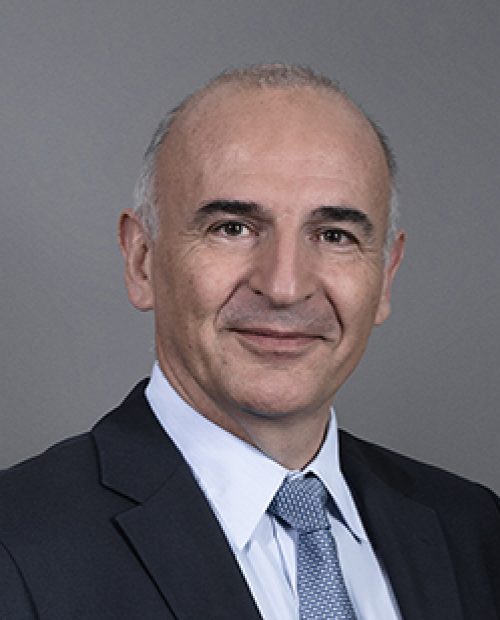 “The Group's performance in the context of a global health crisis proves the strength of Rexel's economic model and the validity of the strategic choices made over the past four years, particularly the investments in digital technology and the sales force in order to enable Rexel to evolve from a pure logistics provider to a data-driven services and solutions company.”

Towards a data-driven company

This second part of Rexel's transformation consists in leveraging relevant available data to make decisions based on facts and analysis, not just beliefs or experiences. It comprises three priority areas:

AI and data in support of energy efficiency

At the forefront of its sector, the Group wants to become a global leader in the use of artificial intelligence and data analysis in the provision of energy-efficient supplies and equipment. To this end, in 2020 Rexel partnered with four major French groups and two prestigious grandes écoles, Institut Polytechnique de Paris and HEC Paris, to launch Hi! Paris, an interdisciplinary center for research excellence in the fields of AI and data analysis.

In early 2021, Rexel confirmed the solidity of its financial performance:
– same-day sales growth up +32.3% in second quarter and first-half 2021 results up +19.9% vs. first-half 2020 (on a constant and same-day basis),
– first-half 2021 adjusted EBITA margin at 5.6%, driven by sales growth and digital transformation. More specifically, the 2021 second quarter benefited from further growth in digitization in all 3 geographies, with digital sales now representing 22.6% of Group sales, up +123 bps compared to second quarter 2020,
– full-year 2021 guidance confirmed thanks to robust growth drivers, with strong upside potential in all geographies, notably in North America where volumes (excluding inflation) are still 15% below pre-crisis level.

Following a better-than-expected start of the year and capitalizing on robust growth drivers and the growing benefits of its digital transformation, Rexel issued a trading update on June 29, 2021, raising its guidance for full-year 2021.
Rexel targets for 2021, at comparable scope of consolidation and exchange rates, assuming no severe decline in the health situation:
– same-day sales growth of between 12% and 15%,
– an adjusted EBITA1 margin of circa 5.7%,
– free cash flow conversion2 above 60%.

1 Excluding (i) amortization of PPA and (ii) the non-recurring effect related to changes in copper-based cable prices.
2 FCF Before interest and tax/EBITDAaL.

“Rexel’s journey since 2017 has resulted in a stronger and more digital business model, for the benefit of all its stakeholders. With Rexel well positioned to continue its growth trajectory, I am pleased to pass on the baton to Guillaume Texier on September 1st to execute the strategic plan presented at our last Capital Market Day, which aims to deliver a historically high level in terms of sales and profitability by continuously improving customer service.”

Expanding the Group’s footprint in the USA

In October 2021, Rexel entered into an agreement to buy Mayer, a major distributor of electrical products and services operating in the Eastern part of the United States.

Fully in line with the strategy and financial objectives Rexel presented at its Strategic Update last February, this acquisition is an important step in expanding Rexel’s footprint in the US, the world’s leading market for electrical supplies

Headquartered in Birmingham, Alabama, Mayer operates 68 branches in 12 states, with a strong presence in Alabama, Florida, Georgia and Pennsylvania. It employs 1,200 employees and generated sales of $1.2bn over the last twelve months through end-August 2021. Its customers are primarily in the commercial and industrial end-markets.

“The acquisition of Mayer will allow Rexel to expand its footprint in North America, the biggest market in the world for electric supplies and a key pillar of our strategy. The two companies’ strengths in the regions where Mayer operates are very complementary and should allow for a smooth integration.”